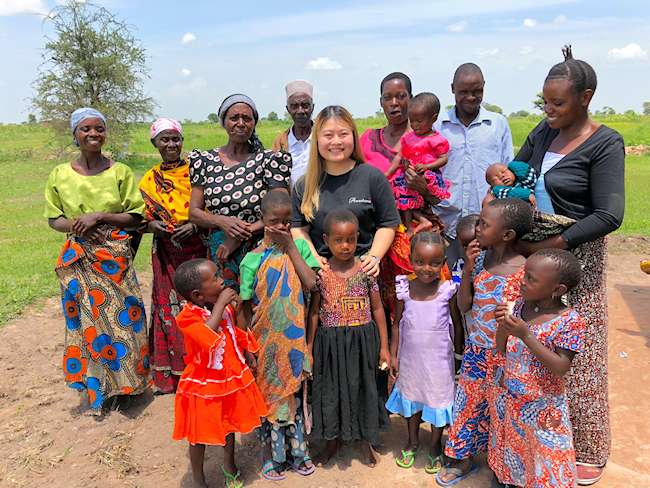 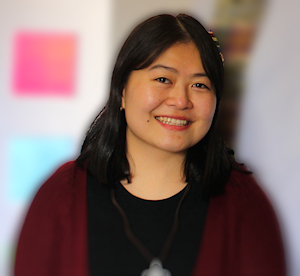 Anastasia Jeong Nam is one of SMA’s lay associate from South Korea. She left for missions in December 2019, the Corona virus broke out while she was in the language school. Although her South Korean Embassy asked her to leave the country, she decided to stay back in her mission. That is a big courageous sacrifice and a true missionary spirit). Anastasia is presently assigned in Mwanza, Tanzania.

She wrote us recounting her first experiences as a lay missionary.

When I first visited my friend, an SMA priest associate with the American Province, in Tanzania in January 2018, I had a wonderful experience of people and SMA missions where the SMA Fathers are doing their ministries. At that time, I desired to be a lay associate with the Society of African Missions. Those moments were essential and wonderful experiences for me. The Tanzanian people I met at that time were relaxed, welcoming and hospitable. I liked the pure smile they showed in their faces. They welcomed me with that smile without any difficulty and concern even though we could not communicate with each other.

I came to Tanzania December 2019 as a lay associate and learned Swahili for three months from January to March. While in language classes I was at the same time adapting to new cultures, food, and lifestyles. Everything was exciting because it was my first time. It was difficult as the language deepened over time, and it was never easy for me, as a Korean, to learn English and Swahili at the same time. Nevertheless, there were many people who cared about me, so the time passed quickly. God sends me angels in many directions, and I thank God for that. 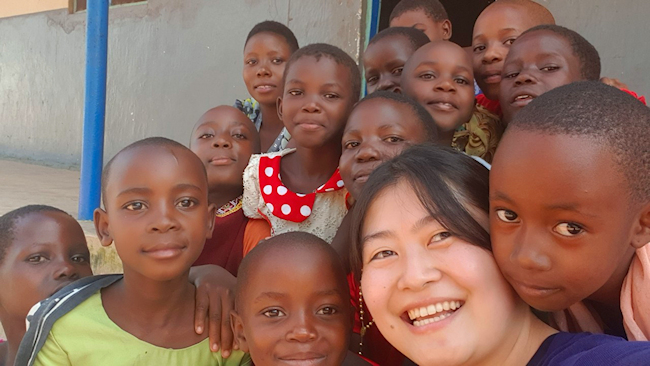 As a lay missionary, my mission is to convey ‘faith’ to children and teenagers based on catechism of the Catholic Church in one of the SMA parishes in Mwanza town and to get to know the Lord with them. Consequently, I live in a parish now, it is quite different from other mission where I had previously had my language course. Most people in the small town got know where I come from (South Korea), why I came as a lay missionary, and what I was aiming to achieve with the people of God. Mwanza is crowded and busy and complex. Thus, many people do not know me and have no idea what my ministry is.

I have had some difficulties too; many people in Africa easily tend to think that all Asians are Chinese because of so many Chinese are there involving in business, construction, and tourism. As soon as they see me, they just treat me as a Chinese without asking me where I come from. I understand that because they do not differentiate Korean from Chinese, for them all South East Asians are Chinese. It has been quite different people making a Chinese greeting to me as a sign of friendliness while others expressing it to me to mock at me. It has been easy for me to distinguish the two now.

At first, I was able to get through a lot of situations with just a smile. But it occurred to me that I had to let them know that it was not the right thing to do. So now, when someone comes to me as a sign of friendliness, I kindly point out to them that I am not a Chinese, but a South Korean to continue our conversation. Sometimes they say ‘corona’ to me, so I do not have to deal with that kind of people.

While the world was in turmoil over the COVID-19, Tanzania could not escape the turmoil. The effects of corona continue to persist around the world and Tanzania, where many people earn a day to day wage for a living, Covid-19 is a blockade and presents a harsh reality of life among the poor people. The existence of this pandemic in Tanzania where people and the government have no economic stability like US or South Korea where I lived, makes life difficult. 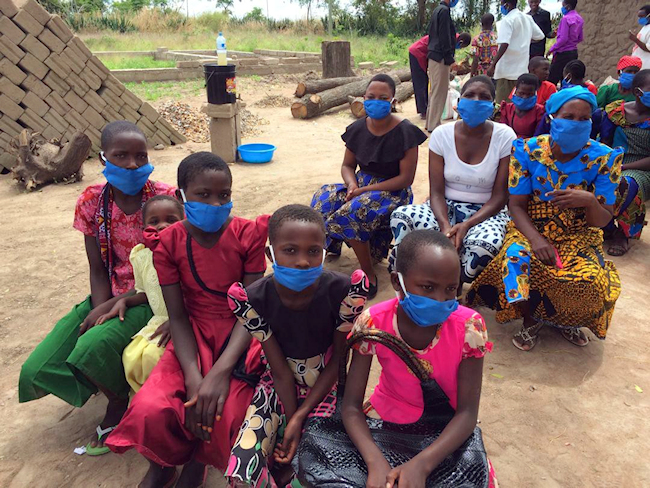 The SMA Fathers in Tanzania continue to carry out the enlightenment and social awareness of social distance and other precautions in the missions. SMA Fathers deliver masks to congregations, recognize the importance of hand washing, have short Mass time, and providing sanitizers in the missions. And the SMA Fathers has produced, distributed, and attached posters on Corona virus prevention rules to local stores to help people to avoid the virus. Through the images of the missionary priests of the Society of African Missions. I, as a lay associate, realize again the importance of doing my best in everything I can, whether small or big in spreading the good news of Jesus Christ in Africa.

Due to COVID-19 pandemic, I could not do much in the missions, but my stay and presence portray my missionary spirit and zeal. This pandemic allowed me to grow deeper in my faith by attending daily mass, prayers, and my personal reflections. I hope that very soon I would begin my activities in the mission. I am still learning Swahili, but I am ready to take everything gradually because God is leading me and many other good people around me encouraging and supporting me. I hope to write again about my mission experience after this pandemic, with more enjoyable and happier episode without Corona virus.

Jesus Christ is our Hope, and we live in his Love.