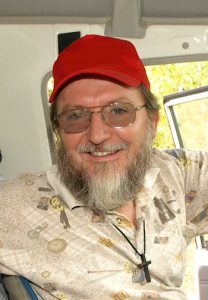 Father Ceferino Cainelli SMA, Italian Provincial Superior, has spoken about the continuing disappearance of an SMA colleague, Fr Pierluigi Maccalli. “No information, no sign that will help us give a real name to what has happened and to glimpse the path to follow,” Fr Cainelli told FIDES, the News Agency of the Vatican Congregation for the Evangelization of Peoples. Fr Maccalli was kidnapped from his mission in Bomoanga, south western Niger on 18 September 2018. The Nigerien government and the Italian Foreign Affairs ministry are endeavouring to locate Fr Maccalli and return him safely to his community and family.

“The pain caused by the absence of Fr. Pier Luigi, after a year and five months of his kidnapping, is very much felt. The thorn continues to be present and hurts a lot”, writes Fr. Cainelli, who adds that “in the meantime, beautiful flowers of solidarity and hope, of sharing and growth in faith have sprouted”.
“One of these is offered by the Diocese of Crema which, since the kidnapping of Father Pier Luigi, gathers every month to show its ‘patient and persistent hope’ in faith, flower of light and faith, of perseverance in prayer, of prophetic communion, of the Church on the way.

“We SMA missionaries feel in deep communion with this diocese from which our confrere comes. We sincerely thank Bishop Daniele Gianotti of Crema, the Missionary Office and the whole Diocesan community, for having involved us every time in these moments of prayer, which encourage and console us, which make us grow as a Church, and that make us share the same mission and the same hope”.
As we continue to pray for Fr Pierluigi, we give thanks for the safe release of Fr Nicholas Oboh, Uromi diocese, Nigeria, who was kidnapped on 18 January last. Kidnappings of seminarians, women religious and priests have plagued several areas of Nigeria for some time.

Among the people kidnapped there are priests and men and women religious. The last in order of time are the four seminarians kidnapped from the major Seminary of the Good Shepherd of Kakau, in the State of Kaduna, in north-west Nigeria, by armed men on the night of January 8 (see Fides, 13/1/2020). The youngest of these, Michael Nnadi (18), was killed while the other three were released.

At his funeral earlier this month, Bishop Matthew Hassan Kukah, Bishop of Sokoto, addressed harsh words against President Muhammadu Buhari, who had been elected on the promise to restore security in the Country. Bishop Kukah contested not only the insecurity that reigns in Nigeria, but also the policies that have deepened the ethnic and religious divisions between North and South.

[with thanks to FIDES, Vatican City]