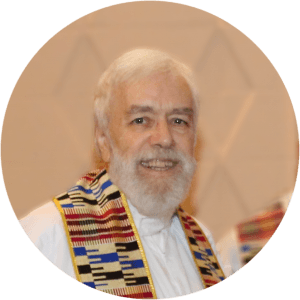 was born on November 18, 1948 in Bridgeport, CT., the son of the late Daniel Robert and Ann Evanick Lynch. He became a member of the Society of African Missions in May 11, 1973 and was ordained to the priesthood in September 1, 1973, in the SMA Provincial Headquarters, in Tenafly. He served as a missionary in Liberia from 1973 to 1978. He was one of the first American Province members who served in the missions in Tanzania, in the years 1978 -1980.  Returning to the USA, Dan was assigned to the SMA House in Dedham, MA, as a Clinical Pastoral Education Supervisor at Holy Family Hospital, in Methuen, MA, until 1992. Afterwards, he became part of the Lay Associate Program formation team, in the SMA House in Takoma Park, MD, until his retirement in the year 2018.

Fr. Dan was a profound admirer of the Carmelite spirituality of St. John of the Cross, St. Teresa of Avila, and Therese of Lisieux. He did courses at the WTU in Washington DC. He was a prolific writer in spirituality and prayer. Fr. Dan was an avid reader, loved nature and had a deep love for silence and contemplation.

He took his retirement at his home in Bridgeport, CT. Because of illness he moved to the Provincialate in Tenafly, NJ, in June 2019. Entered into Eternal Life December 20, 2019.
Fr. Dan is survived by his sisters Ann Marie Lynch Ocetnik and her husband Andrew of Milford, CT, Sr. Kathleen Lynch, S.N.D. and his uncle Fr. Michael Evanick of Merrilville, IN as well as cousins and friends.