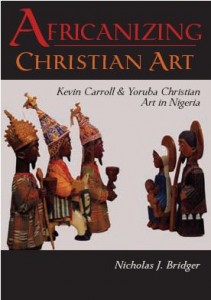 years leading up to African Independence following World War II and for decades after. Based on the new book (2012) of the same title by Dr. Nicholas Bridger (Ohlone College, CA), this first American exhibition brings together numerous works of eminent Nigerian artists from the specialized collections of both the Irish and the American Provinces of the SMA, who are our collaborating sponsors. The Vatican’s Pontifical Urbaniana University (Rome) has loaned a rare and significant set of pieces, as well. The exhibition is organized and curated by Dr. Bridger and consultant Dr. Catie Cadge-Moore (De Anza College, CA), both working closely with Robert Koenig, Director of the SMA African Art Museum.

Africanizing Christian Art presents the mid-20th century encounter between Catholic Christianity and the visual culture of the Yoruba, a prominent west African people of southwest Nigeria, under the conditions of late colonialism. The first institutional project to develop an indigenous Christian art (a process called variously inculturation, indigenization and adaptation),the Oye-Ekiti Workshop (1947-1954), conceived by Dr. Patrick Kelly, head of the SMA’s Irish Province, and overseen by Frs. Kevin Carroll and Sean O’Mahoney, promoted 1) resistance to the colonial imposition of European religious imagery, 2) the development of a Yoruba Christian art, as well as 3) the preservation of customary Yoruba art practices, then suffering under the impact of British political and economic rule. Under Fr. Carroll’s creative direction, the Oye-Ekiti Workshop, and our exhibition, includes three generations of outstanding Yoruba artists, including Areogun of Osi-Ilorin (1880-1954), George Bandele Areogun of Osi-Ilorin (1910-1995) and Lamidi Olonade Fakeye of Ila-Orangun (1925-2009). Other Nigerian contemporary artists, who collaborated with Kevin Carroll, are featured in the exhibition, including Uhrobo painter and multimedia specialist Bruce Onobrakpeya of Lagos, who is still active. 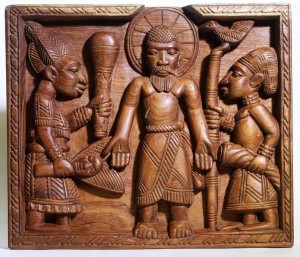 Beginning in 1947, Father Carroll observed and first documented the traditional arts of the Ekiti area of Yorubaland and later introduced an Africanized Christian art in his Yoruba Religious Carving (1966), which became mandatory reading for an early generation of African art scholars. A long-overdue follow-up, Dr. Bridger’s new book is currently available both at the African Art Museum of the SMA Fathers and online at: www.AfricanizingChristianArt.com. Many of the artists Carroll worked with, and featured in this show, have become prominent in the world’s greatest African Art collections, including the Metropolitan Museum of Art in New York, the British Museum in London and the Musee du Quai Branly in Paris, to name a few.

Neither published nor shown in public before, many of the surprising art works presented here were recently located and documented by Dr. Bridger during a decade of archival and field research in Nigeria, Ireland and Vatican City. From the many pieces on display, a few of the most notable and unusual include:

Areogun of Osi carved this Christian King in 1954, his final work.

* Areogun of Osi: two of his large Three Kings statues, the last pieces he carved (1954) and never shown together before this exhibition. 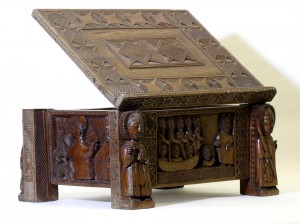 * George Bandele: an altar missal stand with multiple carved biblical scenes, as well as a very special set of Three Yoruba Kings sent to Rome for the 1950 Mission lands Exhibition and subsequently out of public view for the last half a century. 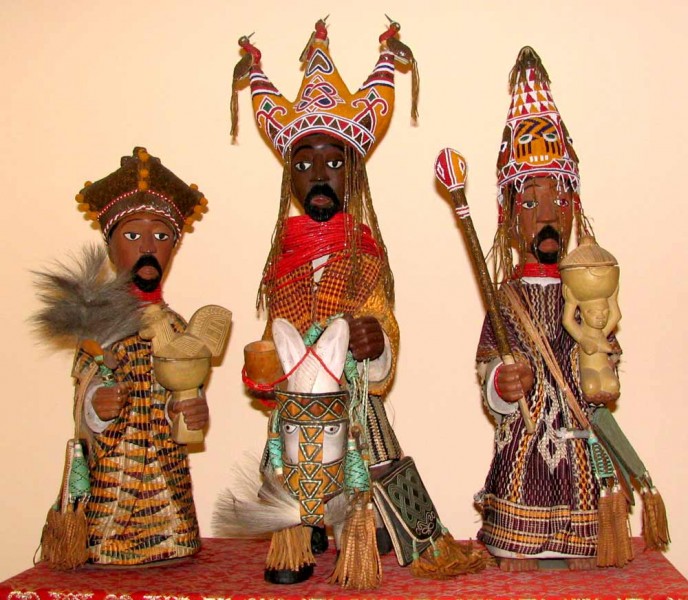 Three Kings from the Nativity set sent by the Oye-Ekiti Workshop as the global debut of the Yoruba Christian genre to the Vatican’s Missionlands Exhibition (1950) representing the work of artists George Bandele, Christiana Ojo and Jimoh Adetoye (loaned by the Pontifical Urbaniana University).